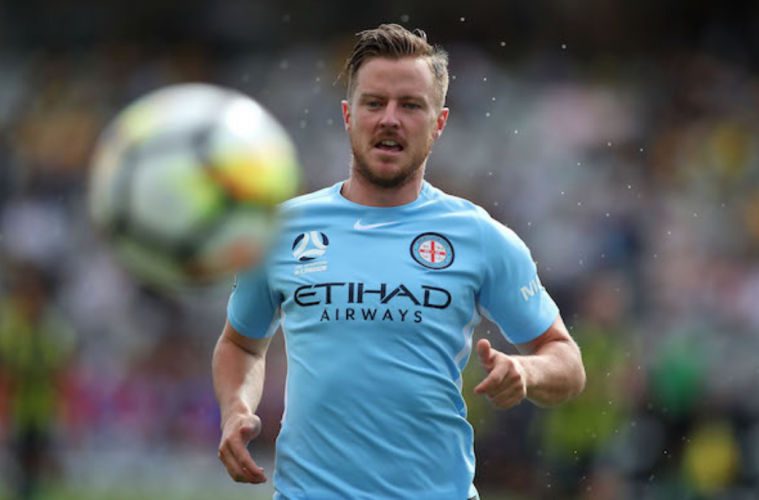 JAMIESON WORKING TO CONNECT WITH FANS

The back-end of Melbourne City’s A-League season has been mired in mediocrity, the side currently on a winless run of six matches.

Off the pitch they’ve been similarly struggling, dwindling crowds and the protracted Bruno Fornaroli saga casting a gloom over the campaign.

Ahead of Sunday’s clash with Sydney FC, skipper Scott Jamieson joined Box2Box to explain that while he can’t guarantee results, he is working to fix relationships in the stands.

“We know the fans are frustrated and have been for a long time, we’re not oblivious to that stuff. During my time at the club, just under two years, we probably haven’t done things right”.

“Interaction between the club and fans has been poor. But as of late myself, (CEO) Scott Munn, and a few others have made a conscious effort to address fans. You’ll see a lot more Melbourne City players out and about, at schools and events.”

In a wide-ranging and candid interview, Jamieson also weighed in on the Olyroos debate, which has seen City lose three first-choice youngsters to international duty.

“We are proud of the young players representing their country. But on the other side of it, we’d love to have them available. In a way we’re getting punished for signing these young boys, because we lose them”.