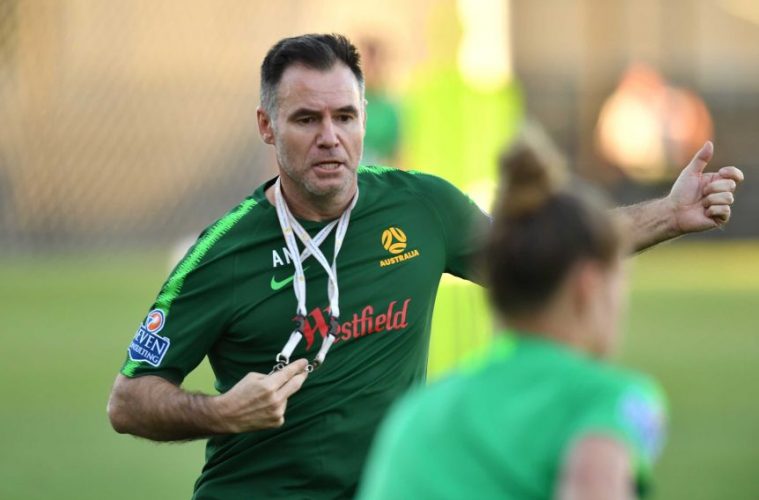 Tracey Holmes hopes the Matildas managerial conundrum can be solved sooner rather than later, so the side can be unwavering in their focus towards their home World Cup.

Current boss Ante Milicic is contracted to incoming A-League side Macarthur while he’s also juggling unfinished commitments with the Matildas, after the Olympic Games were pushed back to 2021.

“I just hope it’s a decision he makes really quickly one way or the other”, Holmes told Box2Box, recounting the mess the side experienced heading into the 2019 World Cup.

“Things went horribly wrong and they ended up with a new coach they had to get to know as they hopped on the plane. You don’t want them to have that sort of frenzied build up again.”

With the ultimate goal of hosting the World Cup alongside New Zealand achieved, Holmes urged the FFA to move quickly to ensure benefit for the game could be maximised.

“It’s going to be such a fast turnaround. Normally when cities win the big events… there’s (roughly) a seven-year build up, but this time it’s only two-and-a half years away!”

“It’s quite phenomenal, so I hope they capitalise on every moment and have a plan ready to roll out and build, because it is a once in a lifetime opportunity.”

Holmes also gave credit to FIFA for their revamped voting process, which stung Australia so gravely during 2010’s failed 2022 Men’s World Cup bid. For the first time, all votes were declared publicly.

“I thought it was really promising and I thought the way it was conducted was very transparent.

“You’d have to say if you were completely objective looking at that bid process, after Brazil and Japan had pulled out, that the right bid won.”