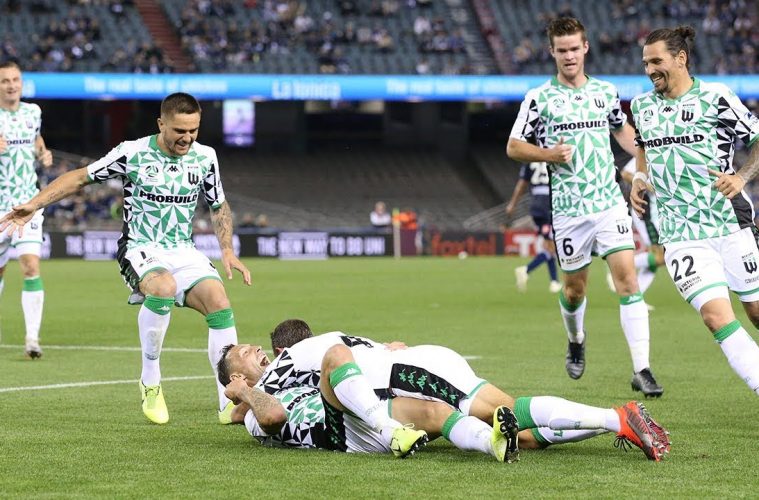 2019 has been another big year of A-League action, with Sydney FC re-establishing themselves as one of Australia’s most successful clubs, Western United joining the competition, and the FFA handing the management of the league over to it’s clubs.

Joining Box2Box for a year in review, Fox Sport’s Brenton Speed pointed to Steve Corica at Sydney FC as one of the year’s biggest success stories.

“I think one of the highlights has been the coaching of Corica. He had to fill the boots of Graham Arnold, and they’re so watchable week in, week out”, he said.

“With the recruiting they’ve done and the international players they’ve brought in as well, I think it’s flown under the radar a little bit”.

While winning the Championship in Perth was no doubt Sydney’s highlight, their most impressive performance came the week before, in the 6-1 dismantling of Melbourne Victory.

“I remember being at one of the training sessions before Corica’s first season, and the thing he wanted to change was to go quicker in transition. We certainly saw that when they demolished the Victory in the semi final”.

Speed also lauded another young Australia coach in Mark Rudan, who after some initial success with Wellington, has stepped it up a level at Western United.

While United have drawn slightly underwhelming crowds in their first three months, they’ve already provided what Speed anointed as his match of the year.

“I was lucky enough to call the first game they played against Victory, which was arguably the game of 2019”, he said.

“They way they fell being down 2-0 very early on, we thought ‘wow Victory never given up a 2-0 lead to lose’. But Western never panicked, (ultimately winning 3-2)”.